You Are Here: Home → India 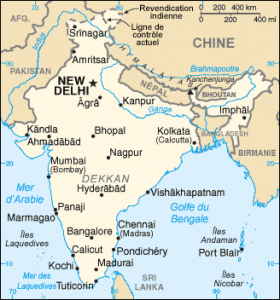 India is a country in southern Asia that occupies the major part of the Indian subcontinent. It shares borders with China, Nepal, Bhutan to the north, Pakistan to the northwest, Burma and Bangladesh to the east, and Sri Lanka to the south.