Desertification is a type of land degradation in which a relatively dry area of land becomes increasingly arid, typically losing its bodies of water as well as vegetation and wildlife. It is caused by a variety of factors, such as through climate change and through the overexploitation of soil through human activity 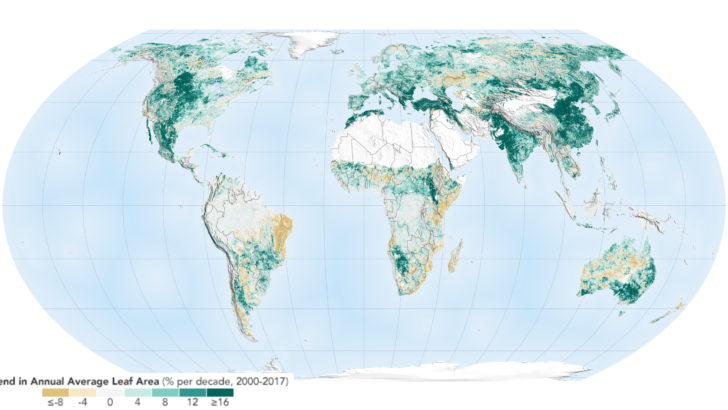 NASA has published a map showing that since 2000, the world has generally been greening. With astonishing as it may seem, China and India are the main vectors of this greening. When we think that it is precisely those who pollute the most, and have been doing so for decades – a movement that is…