Religions are a set of generally theistic beliefs, rites and mores, symbols and dogmas, adopted as convictions by a person or group.
About 80 % of humans say they belong to a religion, but half of them are forced to practice it, under duress or by usage. 20 % of humans have no religion. This group is gaining ground year after year rapidly.

December 21, 2018
Reporters Without Borders has just published its annual report on the state of violations of press freedom worldwide. The number of journalists, citizen journalists…
END_OF_DOCUMENT_TOKEN_TO_BE_REPLACED 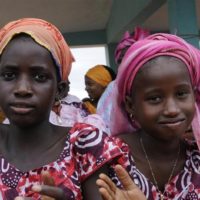 With rising number of girls at risk, world in ‘race against time’ to end female genital mutilation

February 15, 2018
Female genital mutilation is a violent act that, among other things, causes infection, disease, childbirth complications and death, said the Executive Directors of the…
END_OF_DOCUMENT_TOKEN_TO_BE_REPLACED