You Are Here: Home → Bhutan 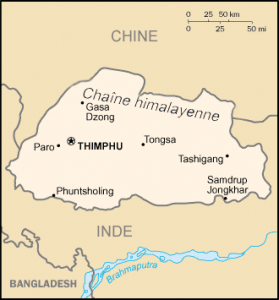 Bhutan is a Southeast Asian country without access to the sea. It is located in the eastern Himalayas, landlocked between India to the south, east and west, and China (Tibet Autonomous Region) to the north. Further west, it is separated from Nepal by the Indian state of Sikkim, and further south it is separated from Bangladesh by the Indian states of Assam and West Bengal. Its capital and largest city is Thimphu.

Attention: the figures of administrative divisions are those “official”, so without the inhabitants of Nepalese origin, the latter not being officially counted.