You Are Here: Home → Colombia 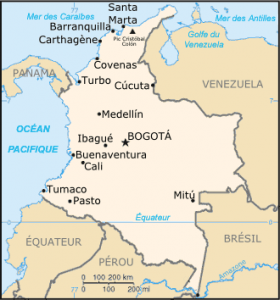 Colombia is a country in northwestern South America. It is bordered to the west by the Pacific Ocean, to the north-west by Panama, to the north by the Caribbean Sea, to the east by Venezuela and Brazil, to the south by Ecuador and Peru.