You Are Here: Home → Venezuela 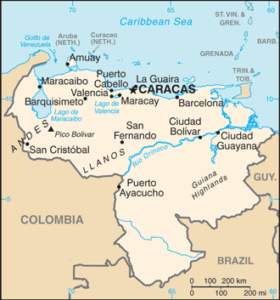 Venezuela is a federal republic located in the most northerly part of South America. The country is bordered to the north by the Caribbean Sea, to the east by Guyana, to the south by Brazil, to the southwest and to the west by Colombia.