You Are Here: Home → Zambia 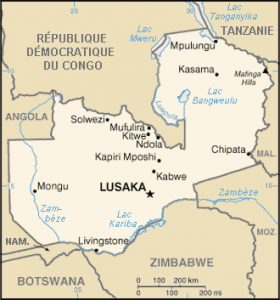 A population that suffers

Zambia is a southern African country, landlocked. Surrounded by Angola to the west, the Democratic Republic of Congo and Tanzania to the north, Malawi and Mozambique to the east, and Zimbabwe, Botswana and Namibia to the south, Zambia is a crescent-shaped country, a kind of border between Central, Southern and Eastern Africa.