You Are Here: Home → Zimbabwe 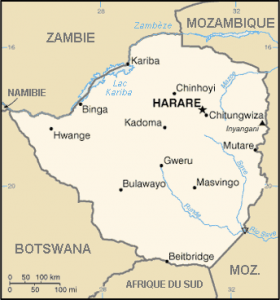 Zimbabwe is a landlocked southern African country (without access to the sea) surrounded by South Africa, Botswana, Mozambique and Zambia. Zambezi, flowing from west to east, from the famous Victoria Falls in the west to Mozambique in the east. These falls, known worldwide, represent the main tourist attraction of the country.