You Are Here: Home → Uganda 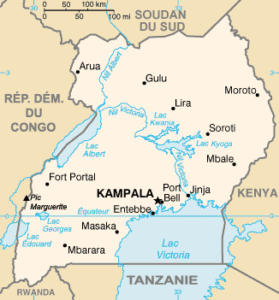 Uganda is a country in East Africa. It is part of African Great Lakes. It is bordered by the Democratic Republic of Congo to the west, Kenya to the east, Rwanda and Tanzania to the south, South Sudan to the north. The south of the country encompasses a large part of Lake Victoria.