You Are Here: Home → South Sudan 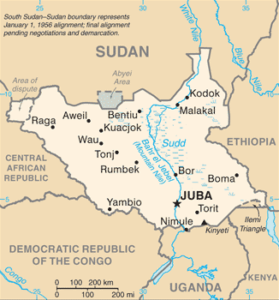 South Sudan is a landlocked country in eastern Africa. It is bordered to the north by Sudan, from which it seceded in 2011, to the east by Ethiopia, to the south by Kenya, Uganda, the Democratic Republic of Congo, and to the west by the Central African Republic.