You Are Here: Home → Somaliland 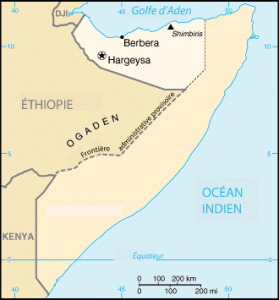 An unrecognized but functioning country

Somaliland is an ancient territory of Somalia located in the Horn of Africa. Its self-declared independence in 1991 from Somalia and its Constitution of 30 April 2000 (partly based on Sharia law) are not recognized by the international community. It is bordered by Ethiopia to the west and south, Djibouti to the northwest, Puntland to the east, and faces Yemen on the other side of the Gulf of Aden. Its capital and main city is Hargeisa.