You Are Here: Home → Senegal 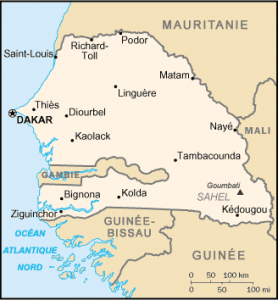 Sustained development but constrained by the global crisis

Senegal is a country located in West Africa. It is bordered by the Atlantic Ocean to the west, Mauritania to the north, Mali to the east, Guinea and Guinea-Bissau to the south. The Gambia forms a virtual enclave in the country, cutting the country in half and penetrating more than 300 km inland. The Cape Verde Islands are located 560 km off the coast of Senegal. The country owes its name to the river that borders on the east and north and has its source in Fouta Djallon in Guinea. The climate is tropical and dry with two seasons: the dry season and the rainy season.