You Are Here: Home → Mali 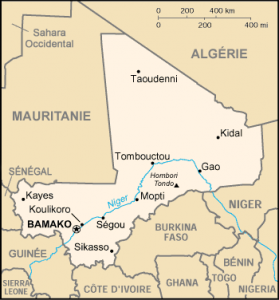 Mali is a West African country without access to the sea, sharing borders with Mauritania and Algeria to the north, Niger to the east, Burkina Faso and Ivory Coast to the south, Guinea to the southwest and Senegal to the west.
The extreme poverty of a large part of the population clearly hampers the development of the country.