You Are Here: Home → Guinea-Bissau 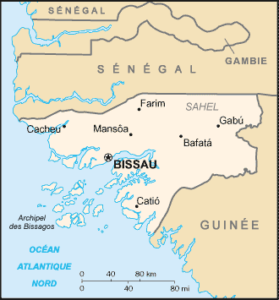 Hard to get out of the crisis after the civil war

Guinea-Bissau is a West African country located on the Atlantic coast between Senegal and Guinea. Portuguese is mainly spoken and a little French. The country is indeed landlocked in the heart of French-speaking Africa and maintains relations with its neighbors.