You Are Here: Home → Iraq 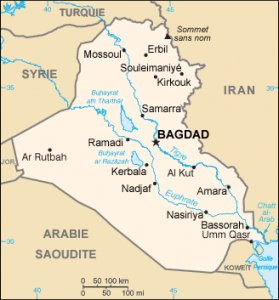 Iraq is a country in West Asia, or the Near East, located in the north of the Arabian Peninsula. It is located west of Iran, northeast of Jordan, east of Syria, northwestern Kuwait, northeastern Saudi Arabia, and southeastern from Turkey. Iraq occupies a central position in the region and is rich in natural resources, mainly oil and gas, of which it has some of the largest reserves in the world. He is a member of OPEC.

Due to the conflict in Iraq, some large cities have been largely evacuated by the population, including Mosul. Many refugees have swelled the ranks of other major cities, including Baghdad, Basra, Erbil and Sulaymaniyah. The demographic statistics below are estimates, as the situation on site is too confusing to collect the information correctly.