You Are Here: Home → Croatia 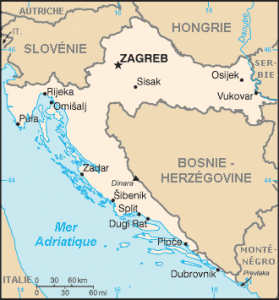 An economy that still relies too much on tourism

Croatia is a southern European state located on the shores of the Adriatic Sea. It is part of the group of countries of the former Yugoslavia that became independent in the early 1990s. It shares borders with Slovenia and Hungary to the north, Serbia and Bosnia and Herzegovina to the east, and Montenegro to the extreme south.