You Are Here: Home → Slovenia 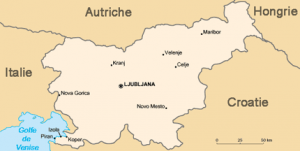 Slovenia is a Central European country member of the European Union (since May 2004) and a former republic of the Yugoslavia. It is bordered by the Adriatic Sea, Italy, Austria, Hungary and Croatia.