You Are Here: Home → Montenegro 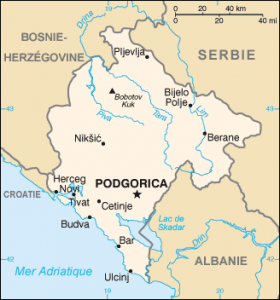 Montenegro is a Balkan country located in Southern Europe, bordered by the Adriatic Sea and bordering Croatia, Bosnia and Herzegovina, Serbia, Kosovo and Albania.

Independent since June 4, 2006, Montenegro has invented a future outside Serbia, to which it belonged until then. Despite the poverty that affects a large number of inhabitants, the country’s economy has assets: aluminum, mining, tourism and agri-food. Tourism has been growing strongly in recent years, with the Adriatic coast experiencing a particularly favorable climate throughout the year.