You Are Here: Home → Albania 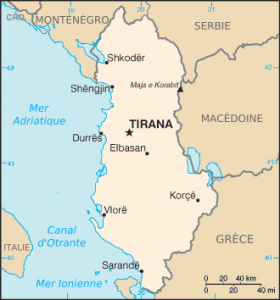 A developing country on the doorstep of the European Union

Albania is a state located in Southern Europe, in the western part of the Balkan Peninsula. It lies at the edge of the Adriatic Sea and the Ionian Sea. It has common borders with Montenegro to the north, Kosovo to the northeast, Macedonia to the east, and Greece to the south.