You Are Here: Home → Bahamas 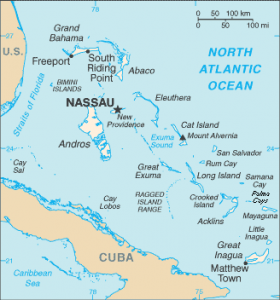 The Bahamas is a state located north of the Caribbean Sea. The archipelago occupies about 700 islands of Lucayes Islands located in the Atlantic Ocean, east of Florida in the United States, north of Cuba and Haiti, and north-west of the Turks and Caicos Islands. Its capital is Nassau, located on the island of New Providence.