You Are Here: Home → Western Sahara 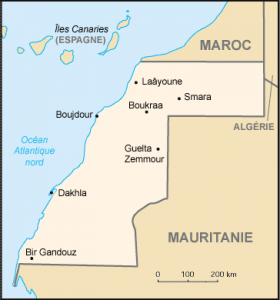 Western Sahara, or Saharawi Arab Democratic Republic (SADR), is located in northern Africa, southern Morocco, northern Mauritania. It shares a small border with Algeria, and a maritime border with Spain, at the level of the Canary Islands.
It is an internationally unrecognized state, proclaimed on 27 February 1976 by the Polisario Front, which claims sovereignty over the entire territory of Western Sahara. This territory is also claimed by Morocco, which controls 80% of its area, and calls this region “Southern Provinces”.

The statistics provided here are purely indicative and based on estimates (UN, CIA), with the exception of urban populations (2014 Morocco census, updated in 2017).