You Are Here: Home → Niue 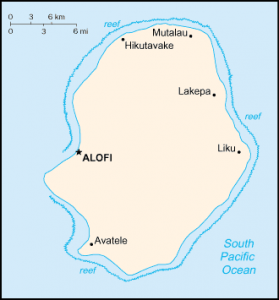 Niue is a particularly isolated coral atoll, located in the South Pacific Ocean, more than 2400 kilometers from New Zealand, country with which it has been in free association since 1974. The inhabitants are citizens of New Zealand and therefore have dual nationality. The island is at the center of a triangle formed by Tonga, Samoa and Cook Islands. She survives only thanks to financial support from her “big brother”.

Niue does not lack resources, but the population has deserted the island for decades. About 22,000 Niueans live outside the country, almost all in New Zealand. In the coming years, its main objective is to develop tourism and exports, especially of wood and fishing (it has an exclusive economic zone of about 450,000 km2), to bring back part of the population. A strategy that is beginning to bear fruit, with several hundred people having started to return to settle on the island, which has significantly increased population growth.