You Are Here: Home → Cook 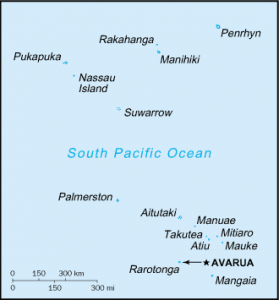 Cook is a state located in the South Pacific Ocean in free association with New Zealand, like Niue. It is located northeast of New Zealand, east of American Samoa and Niue, and west of French Polynesia. The country is recognized by the United Nations but not a member of it. The Cook Islands consist of two contrasting groups: the southern islands (Southern Cook Islands), mostly of volcanic origin, the main one being Rarotonga, where the capital and largest city Avarua is located, and the northern islands (Northern Cook Islands), which form six coral atolls.