You Are Here: Home → Belarus (Byelorussia) 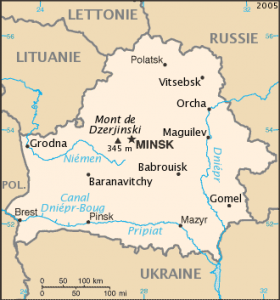 Byelorussia, also called Belarus (by the United Nations in particular), is a country of Eastern Europe, without access to the sea, bordered to the west by Poland, to the north by Latvia and Lithuania, to the east by Russia and south by Ukraine.