You Are Here: Home → Transnistria 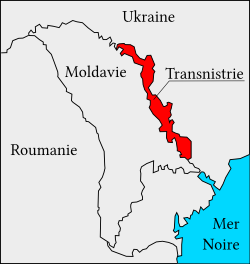 Transnistria is a small, unrecognized state that emerged from the disintegration of the former USSR. It is located between Moldova, of which it was officially part until the unilateral proclamation of its independence, and Ukraine, along a narrow strip of land along the Dniester River. No United Nations country, with the exception of Russia, currently recognizes the independence of Transnistria. It is therefore considered as an enclave with a Russian majority (which represents only about 30% of the population) on the sidelines of Moldova.