You Are Here: Home → Maldives 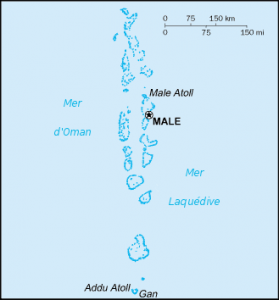 Fight against the rise of the sea

The Maldives is an archipelago made up of 1192 islands, of which only 187 are inhabited. The archipelago is located south of Lakshadweep territory, belonging to India, and north of the Chagos archipelago, which belongs to the United Kingdom. The total area of atolls, including waters, is about 115,300 km2, and the Maldives exclusive economic zone is about 859,000 km2.