You Are Here: Home → Madeira 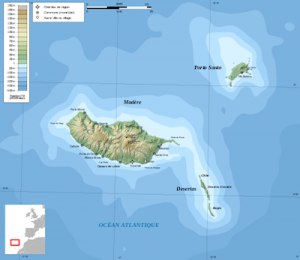 Madeira is an archipelago of Portugal consisting of the island of the same name and several other small islands, located in the Atlantic Ocean, off Morocco and north of the Canaries, a Spanish territory. It is an autonomous region belonging to the European Union, with capital Funchal.