You Are Here: Home → Brunei 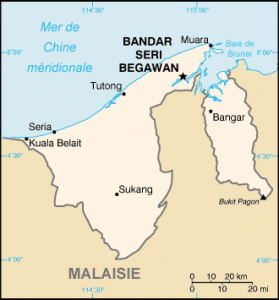 A rich country steered with an iron hand

Brunei is a small landlocked state in the Malaysian state of Sarawak, located in the north of Borneo Island, in Southeast Asia. It shares the island with Malaysia and Indonesia. It is bordered by the South China Sea. He obtained his independence from the United Kingdom in 1984.