You Are Here: Home → South Korea 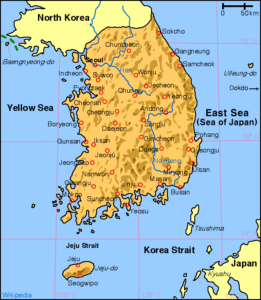 South Korea is an East Asian country that covers the southern half of the Korean peninsula. Its only land border is North, with North Korea. It is located in the North Sea of China, between China and Japan, of which it is a former colony.