You Are Here: Home → Artsakh (Nagorno-Karabakh) 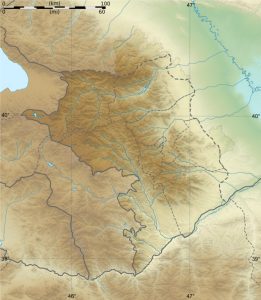 Artsakh is a self-proclaimed republic of Transcaucasia, called until early 2017 Nagorno-Karabakh. Mostly populated by Armenians (80%), the country declared its independence on 2 September 1991. It is not recognized by the international community (with the exception of Abkhazia, South Ossetia, Transnistria, themselves not recognized by the international community, as well as some regions in various countries).
Its capital and largest city is Stepanakert.