You Are Here: Home → Sierra Leone 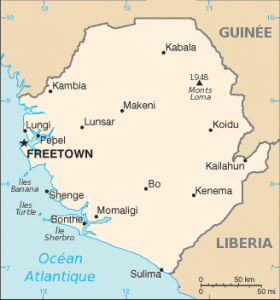 Sierra Leone is a West African country bordered by the Atlantic Ocean and located between Guinea and Liberia. It is one of the poorest countries in the world.

The country has been rebuilding for years on the ruins of war, which left hundreds of thousands of men without arms! The torturers’ specialty was indeed the cut of men’s arms. Thus, many men today find it impossible to work on this reconstruction. Psychological pain resulting from such treatment, sometimes inflicted by child soldiers, will continue for a long time.