You Are Here: Home → São Tomé and Príncipe 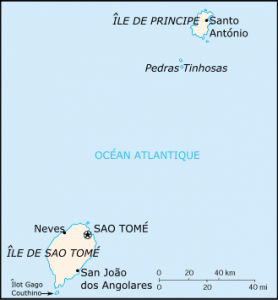 It is an archipelago of volcanic relief and equatorial climate, and is one of the smallest countries in Africa. It has oil resources still little exploited and should help it out of chronic underdevelopment. In 2018, the country has reached 200,000 inhabitants.