You Are Here: Home → Hong Kong 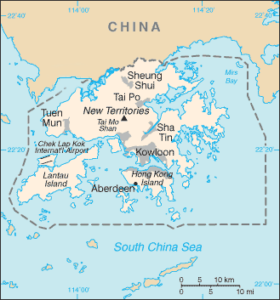 Hong Kong is a Special Administrative Region (SAR) of the People’s Republic of China located in the south of the country. It is a major industrial and financial center in the Asia-Pacific region.