You Are Here: Home → Eswatini (Swaziland) 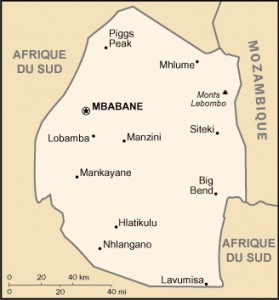 An unconscious monarchy of an old age

Eswatini (or eSwatini or Swaziland) is a southern African country, without access to the sea, bordered by South Africa and Mozambique. He recently decided to change his name to find his former pre-colonial name, eSwatini, which means “Swazi country”, in Swati language.

King Mswati lll, who has ruled the country since 1986, is an absolute monarch whose decisions are often unaware of the state of his population. More than a third of the inhabitants are infected by AIDS, but the money available is used for the luxury lifestyle of the Head of State, who for example bought a luxury aircraft at $ 45 million USD in 2004. His many Brides regularly travel to Europe and the Middle East for shopping and sumptuous parties.
This announced catastrophe has concrete catastrophic results: the population lives in an extreme deprivation, the life expectancy stagnates, to 46 years hardly!
The overall health and social condition is deplorable. International humanitarian aid, which has been constant for decades, remains insufficient, even though the crops themselves can not feed everyone. In 2007, the maize crop dropped by 60% due to drought.
The country lacks everything in terms of infrastructure, and is largely dependent on its big neighbour, South Africa.