You Are Here: Home → Paraguay 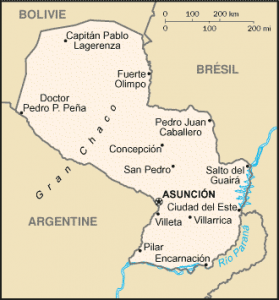 Paraguay is a country in South America with no access to the sea. It is sparsely populated and is located in the heart of the South American continent between Brazil, Bolivia and Argentina. Its territory has two different regions separated by the Paraguay River: the eastern part, which is the most populated, and the west, which integrates the Chaco Boreal or Gran Chaco (natural region that extends south to Argentina).