You Are Here: Home → Libya 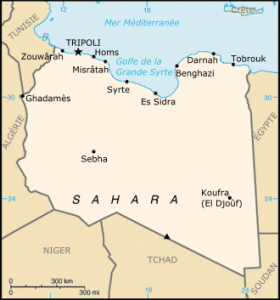 A State plunged into chaos

Libya is a country located in North Africa that is part of the Maghreb. It is bordered to the north by the Mediterranean Sea, to the west by Algeria and Tunisia, to the south by Niger and Chad and to the east by Sudan and Egypt. It is composed largely of desert areas, the country lying north of the Sahara Desert. Populations focus on the northern coastal fringe.

The figures presented here are to be taken with caution, because the country is de facto in civil war.