You Are Here: Home → Caribbean Netherlands 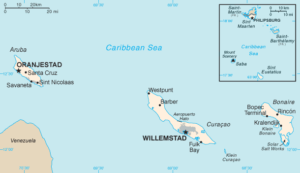 The Caribbean Netherlands is the name given to the former grouping of the Dutch islands of Bonaire, Sint Eustatius and Saba (hence the acronym BES islands). Since 10 October 2010, after the dissolution of the State of the Netherlands Antilles, the three islands have reinstated the State of the Netherlands as a public entity with a special status as a municipality.
The other Dutch islands in the West Indies have become autonomous states: Curaçao, Sint Maarten and Aruba.