You Are Here: Home → Burundi 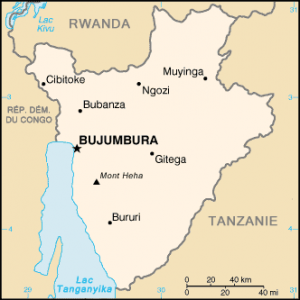 Burundi is an East African country, without access to the sea, but with a large shoreline on Lake Tanganyika, located in the Great Lakes region and surrounded by the Democratic Republic of Congo to the west, the Rwanda to the north, and Tanzania to the east and south. Its capital and main urban area is Bujumbura.